We’ve provided builds for thousands (and counting) of 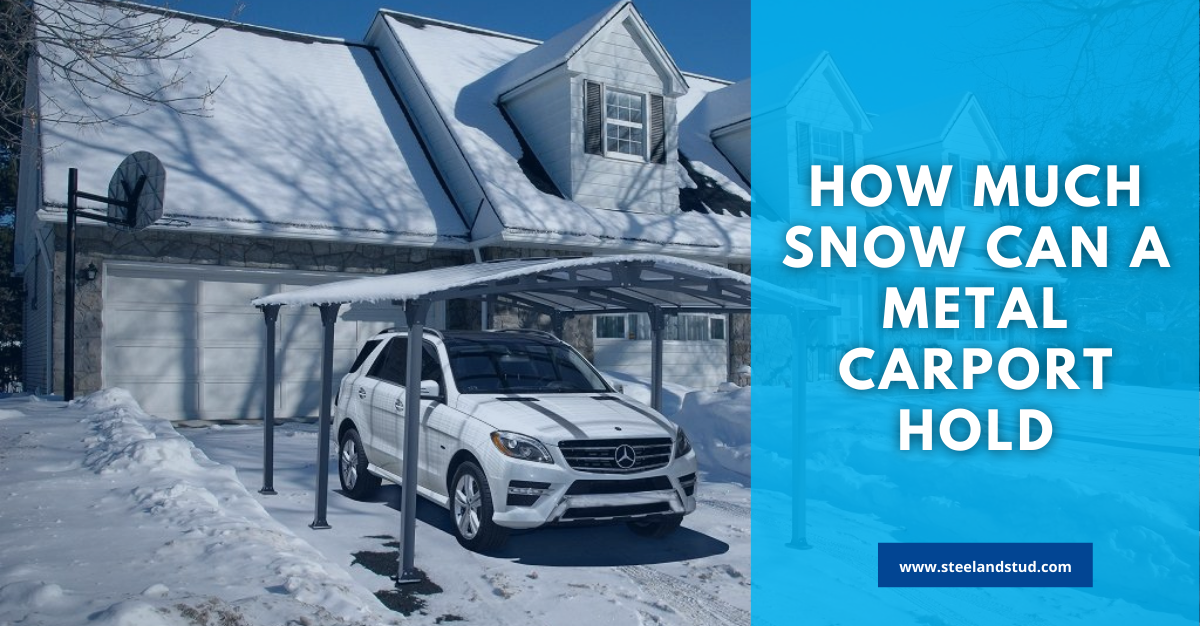 How Much Snow Can a Metal Carport Hold

A metal carport is a great way to keep your car or truck out of the weather. They are also a popular choice for businesses that need covered parking for customers or employees. But how much snowfall can a steel carport hold? That depends on the size and design of the carport and the weight of the snow.

In this blog post, we’ll look at some factors that affect how much snow a sturdy metal carport can hold. We’ll also provide tips on keeping your carport safe in winter weather. The weight of snow is a significant factor in how much a metal carport can hold. The average heavy mountain snow fall in the United States is around 20 inches, but that number can vary widely depending on where you live. For example, parts of Colorado and Wyoming receive over 50 inches of snow each year. 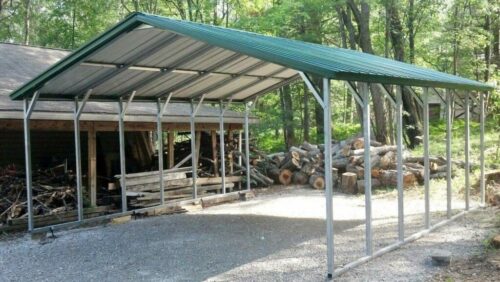 What Is Snow Load?

A snow load is the weight of the snow on a structure. It’s essential to be aware of the weight of snow on your roof because if the load exceeds the design limit, the roof could collapse. In addition, excessive snow can also damage a roof by causing leaks or by weakening the structure.

There are a few things you can do to help reduce the risk of structural failure due to a heavy snow load:

Calculating Snow Load for Carports, Roofs, and Other Metal Structures

Designing a roof to support a higher snow load is a complex process that considers the weight of the snow, the pitch of the roof, the type of materials used, and other factors.

If you’re wondering how much snow your carport can hold, it’s best to consult with a professional. They will be able to take all of the factors into consideration and give you an accurate estimate.

In general, metal carports can hold more snow than their wooden counterparts. This is because metal is a more robust material that is less likely to collapse under the weight of the snow.

However, no matter what type of carport you have, it’s essential to keep it clear of snow and ice. This can be done using a roof rake to remove snow from the top or shoveling around the sides underneath.

When calculating the snow load for your roof, you must consider many variables, much like wind load calculations. You can avoid snow-related roof damage if you understand the following elements and the limits of your carports.

There are a few different snow loads to think about as you learn about the influence of a snow load on your metal carport or structure.

Let’s look at the variables that influence metal building roof weight and effects.

As you know, the deeper the snow, the greater the weight on your roof. The average accumulation of snow in one season is around 20 inches. However, depending on where you live in the United States, this number can be much higher.

If you live in an area that sees a high volume of snow, it’s essential to consider this when considering the snow load on your carport or garage.

Wind and snow are a dangerous combination when it comes to your roof. When snow drifts accumulate on your roof, they can add extra weight and put stress on different parts of the structure.

Strong winds can cause the snow to move from one part of the roof to another, creating an uneven distribution of weight. This can be particularly dangerous if the drifts are on the roof’s edge.

When the snow melts, it can refreeze and form ice dams. These dams can prevent proper drainage, which can cause water to back up and leaks on your roof.

Another consideration is the sliding snow load. This occurs when the snow on your roof melts and then refreezes, creating a layer of ice. This ice can then slide off the roof suddenly, which can be very dangerous.

To prevent this from happening, you can install edge protection around the perimeter of your roof. This will help keep the snow and ice in place so that it doesn’t suddenly slide off.

Types of Structural Loads on a Metal Carport

There are other types of structural loads that you need to consider when considering the snow load on your carport.

Those structural loads include:

Dead loads are structural forces that are constant and do not change. The dead load on your carport is the weight of the materials that make up the structure itself. This includes the metal roof, walls, and the mass of the building.

Live loads are forces that are not constant and can change over time. The live load on your carport is the weight of anything that is not a part of the structure itself. This includes probabilistic load, equipment, people, snow, and wind.

In short, if you apply something temporarily to the structure, that is considered a live load.

Environmental loads are also not constant and can change over time. This can be rain, snow, sleet, ice, wind, earthquakes, and even temperature. All of these elements can affect the snow load on your carport.

When you consider the snow load on your carport, it is essential to consider all the different loads that can affect the structure. This includes dead loads, live loads, and environmental loads. All of these loads need to be considered when determining the weight limit for your carport.

The easiest way to do this is to use a load combination. This mathematical formula takes all of the different loads into account and gives you a number that you can use to determine the snow load limit for your carport.

There are different ways to calculate the load combinations, but the most common method is the American Society of Civil Engineers (ASCE) Standard 7. This standard provides a method for calculating the different loads that need to be considered.

Once you have determined all of the different loads, you can then use the ASCE Standard 7 to calculate the load combination. This will give you a number that you can use to determine the snow load limit for your carport.

How to Prevent Snow Loads on Your Roof?

There are a few things that you can do to prevent the snow load on your carport from becoming too great.

The first thing that you can do is install edge protection around the perimeter of your roof. This will help keep the snow and ice in place so that it doesn’t suddenly slide off.

Another thing that you can do is to use a snow guard. A snow guard is a device installed on the roof of the carport. It helps prevent the snow from sliding off the roof by providing a barrier.

The short answer is yes; roof style does impact snow load capacity. The long answer is a little more complicated than that, as there are various factors to consider when it comes to calculating snowfall load capacity.

For one, the pitch or angle of the roof will affect how much weight the roof can support. Additionally, the type of material used in roofing construction can make a difference.

A vertical roof is the best option for bearing the weight of heavy snowfall, as the trusses can support more weight. Vertical roof-style carports are built with roof panels running from the front to the back of the carport.

This gives the carport more strength and stability, which is essential for bearing the weight of heavy snowfall.

What Are the Factors That Impact Snow Load Evaluations?

When engineers analyze the influence of snow load on a structure, they’ll want to know things like when it was constructed, what materials were used, and how strong the building’s initial wind and snowfall load capacity restrictions were.

Although, there are also other characteristics to assume that impact the wind and snow load potential of a building, including:

Materials: The type of materials used in constructing a building can affect its ability to withstand high winds and heavy snowfall. For example, a brick building will have a different wind and snow load capacity than one made mostly of glass.

Design & Construction: The way a building is designed and constructed can also impact its ability to withstand extreme weather conditions. For instance, a building with a flat roof is more likely to experience damage from high winds and heavy snowfall than one with a sloped or pitched roof.

Depth & Density: The depth and density of the snowfall can also influence the amount of damage a building sustains. For example, a shallow layer of light powdery snow is less likely to cause significant damage than a deep layer of wet, heavy snow.

Wind Speed: The speed at which the wind is blowing can also impact the amount of damage building experiences. Strong, gusty winds are more likely to cause damage than gentle breezes.

Is a Metal Carport Considered a Permanent Structure?

A carport’s primary purpose is to provide shelter for vehicles, and it can be easily disassembled and moved if needed.

A permanent structure must meet specific criteria to be classified as such by the government. The structure must be made out of materials that are intended to last indefinitely, it must have a permanent foundation, and it must be able to withstand weather conditions without significant damage.

Other factors to consider are the size and design of the carport and any optional extras that you may want, such as roofing, side panels, or guttering.

Yes, carports can withstand snow. Carports are designed to handle the weight of snow, and most models come with built-in snow load ratings to ensure that they can safely support the weight of a winter storm.

Are Metal Carports Worth the Money?

A metal carport can be a wise investment if you live in a harsh climate where you frequently deal with high winds and heavy rain. Metal carports are typically more wind and weather resistant than wooden carports and can also help protect your vehicle from the elements.

How Do I Keep Snow off My Carport?

What To Look For In A Metal Carport?

When choosing a metal carport, it’s crucial to consider the quality of the steel. Look for a steel carport where the coating is drenched into the steel during manufacture. This will ensure that your carport is protected against rust and corrosion.

What Does Snow Load Certification for Metal Buildings & Carports Mean?

To put it simply, Snow Load Certification means that a metal building or carport has been tested and proven to withstand a heavy snow fall load. This is important to know if you live in an area where it snows frequently or if you’re expecting a particularly snowy winter. There are two main types of Snow Load Certification: Conventional Grade and Ultimate Grade. Conventional Grade means that the product has been tested to withstand up to 100 pounds per square foot of snow, while Ultimate Grade means that it can handle 150 pounds per square foot. 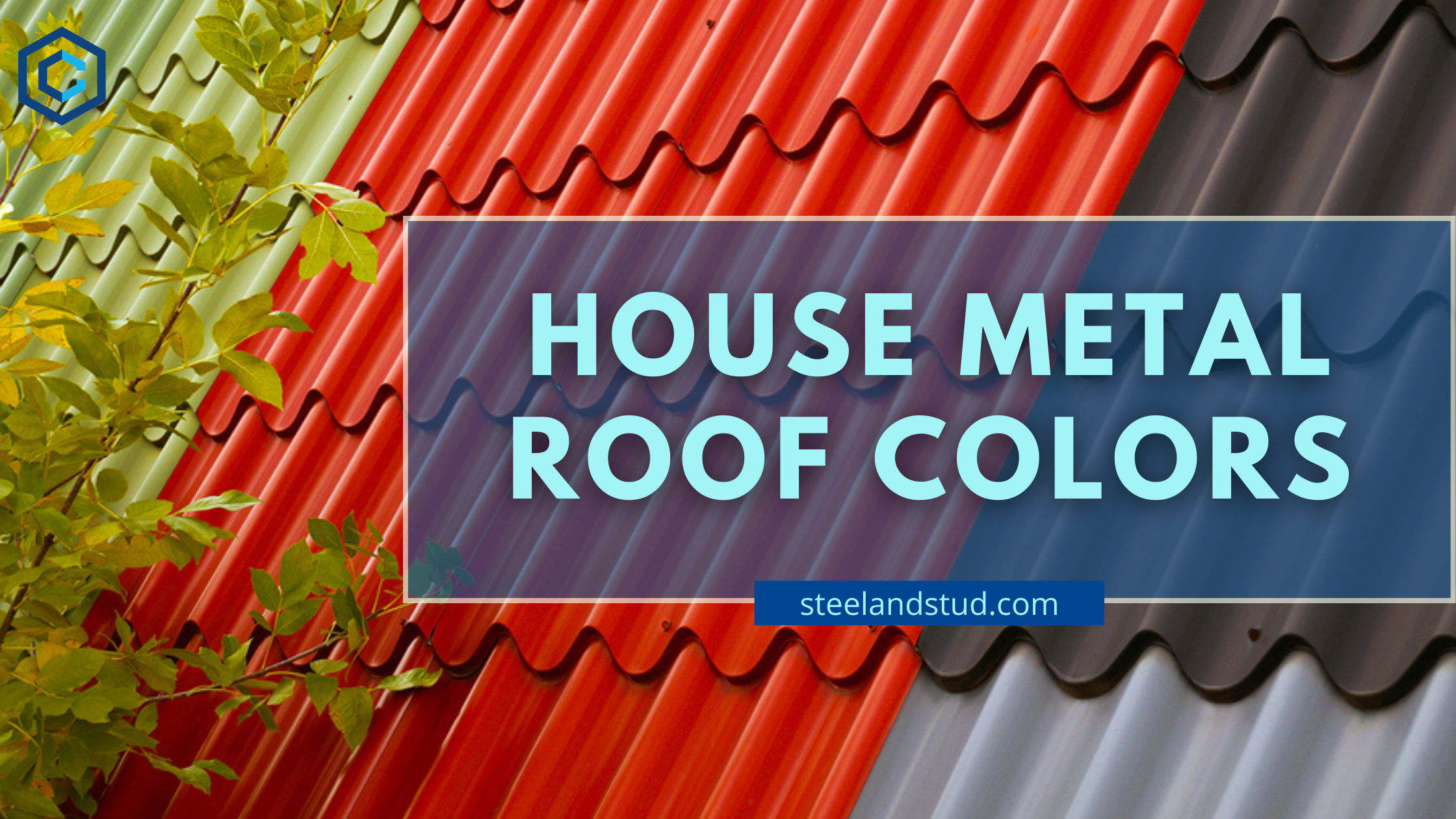 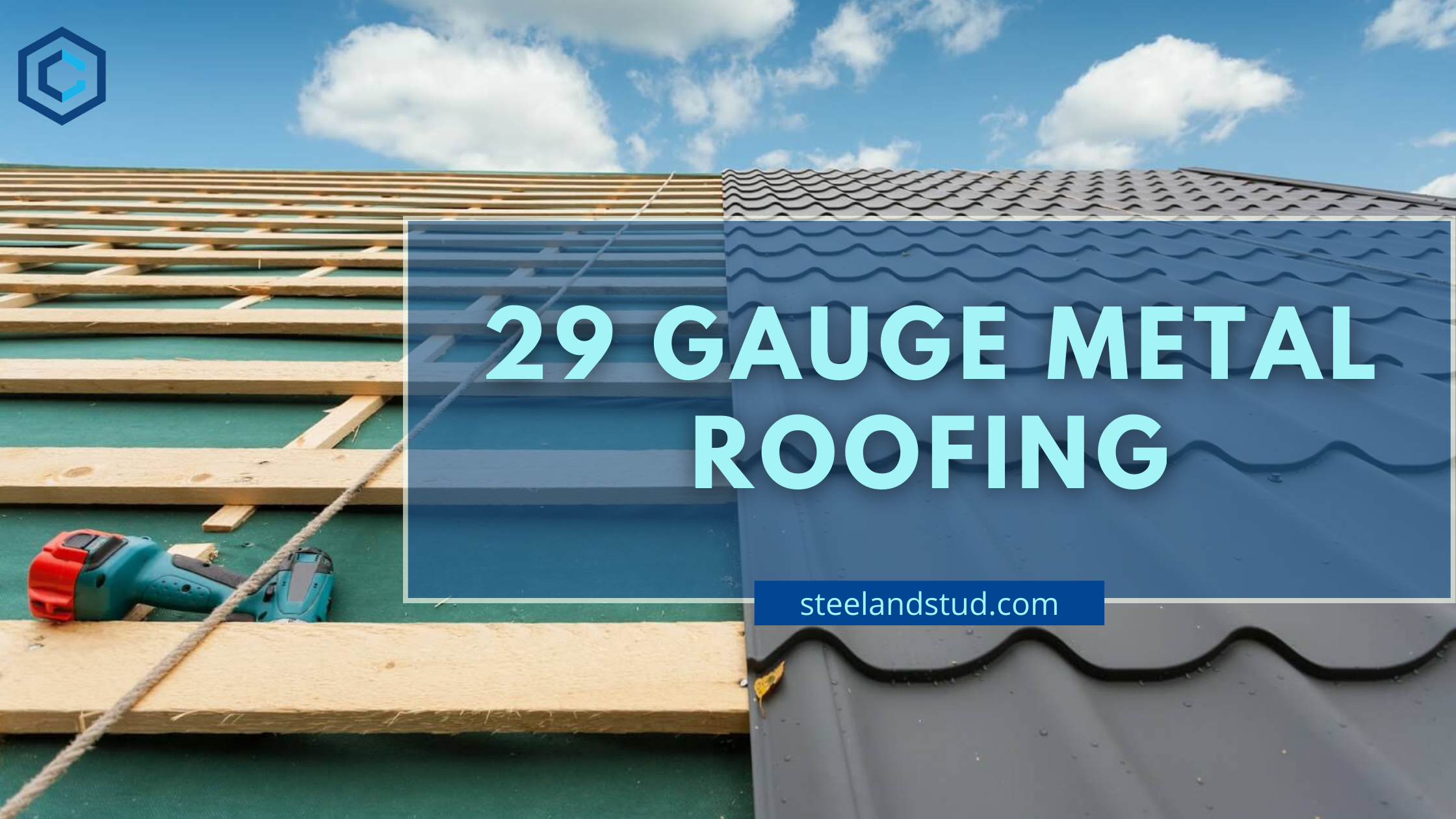 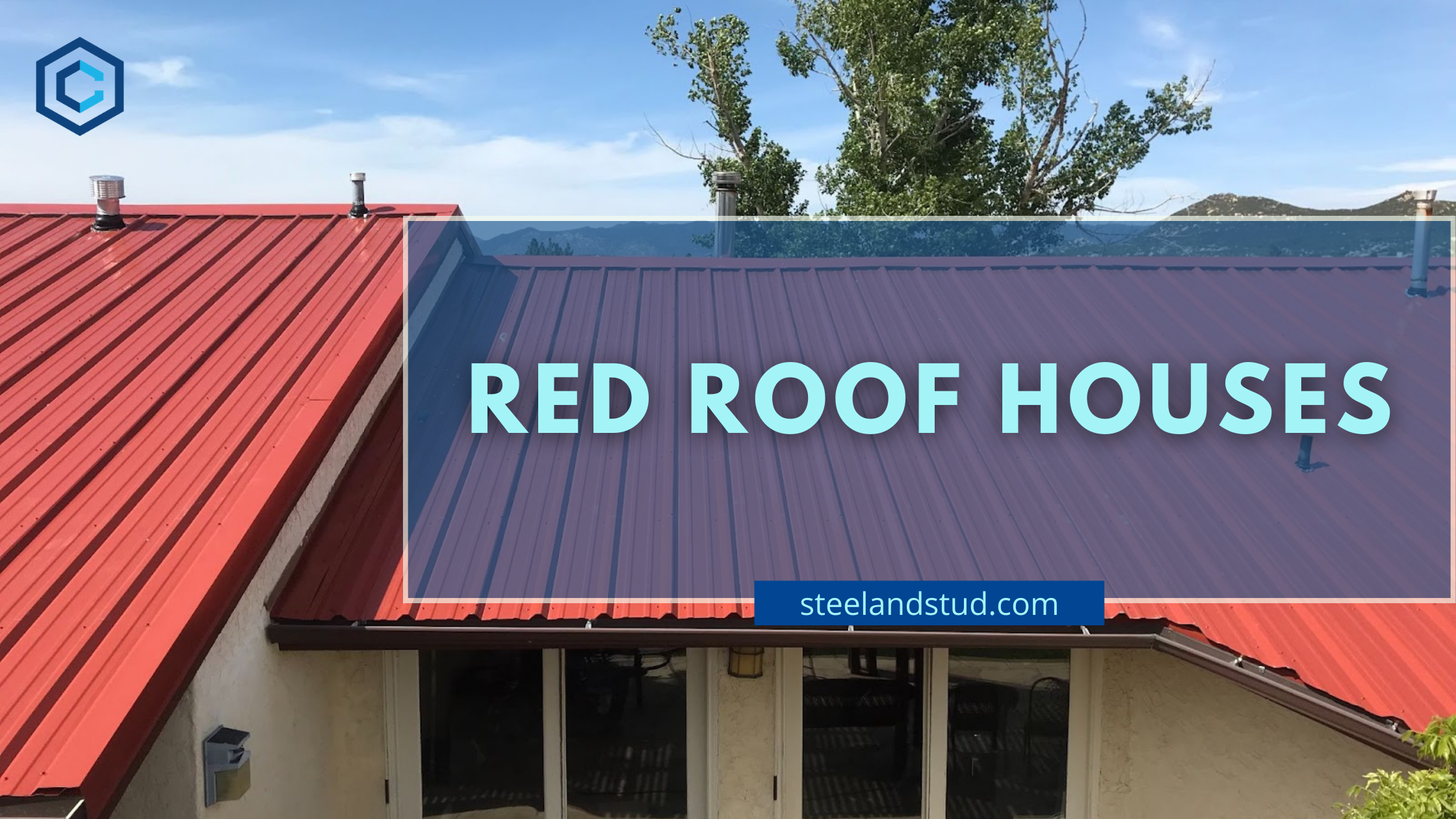 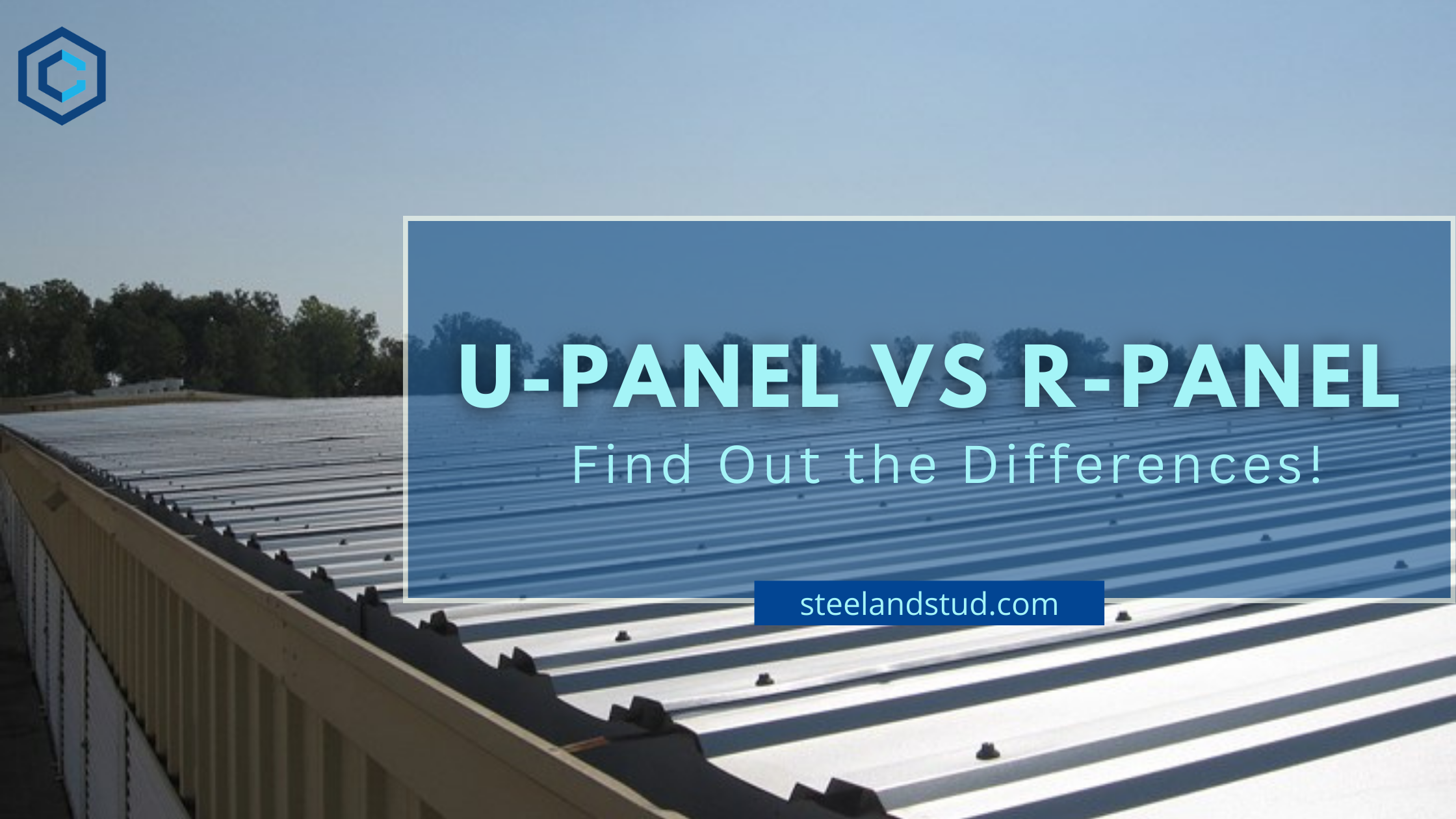 U-Panel vs R-Panel: Find Out the Differences! 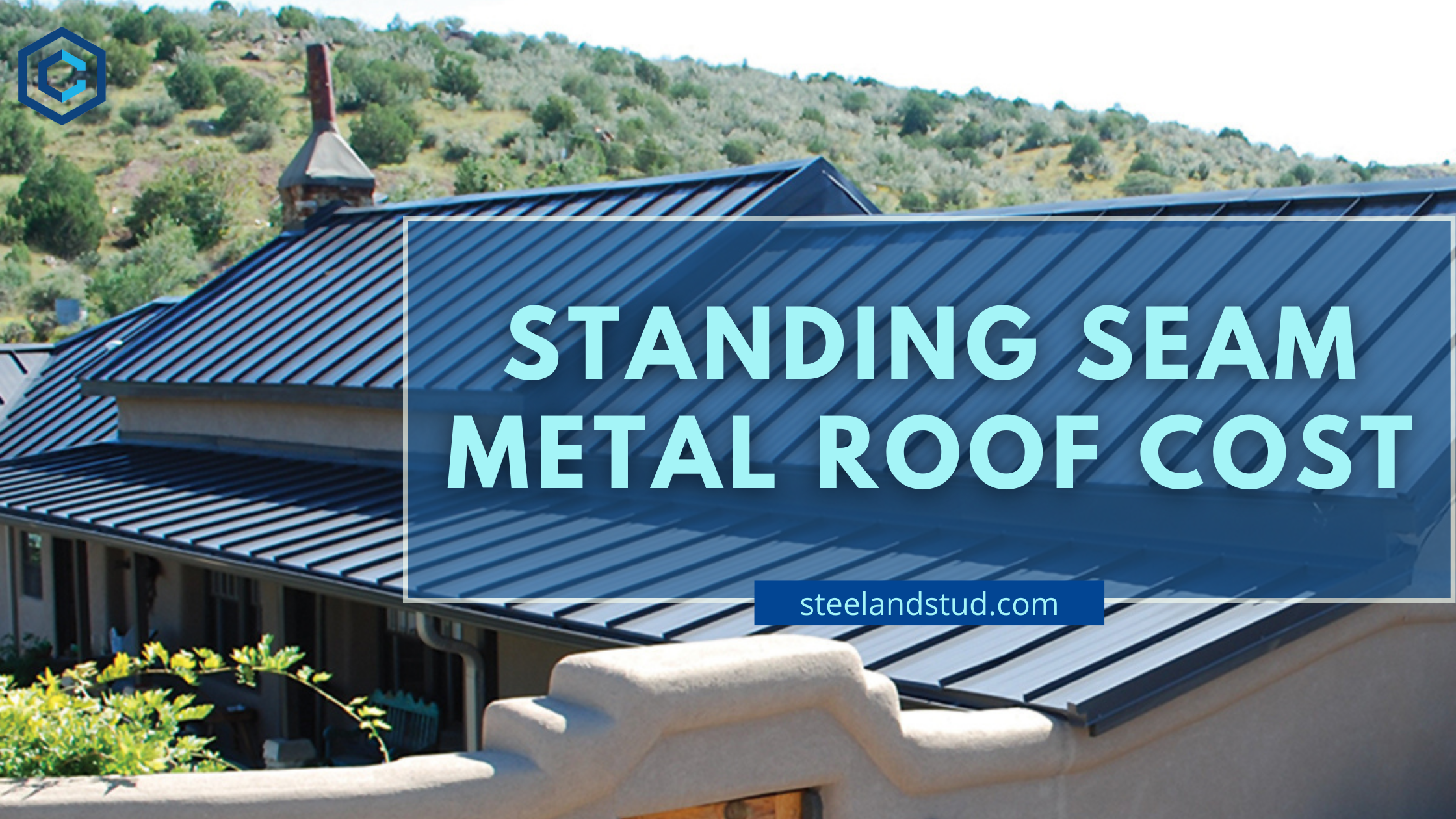 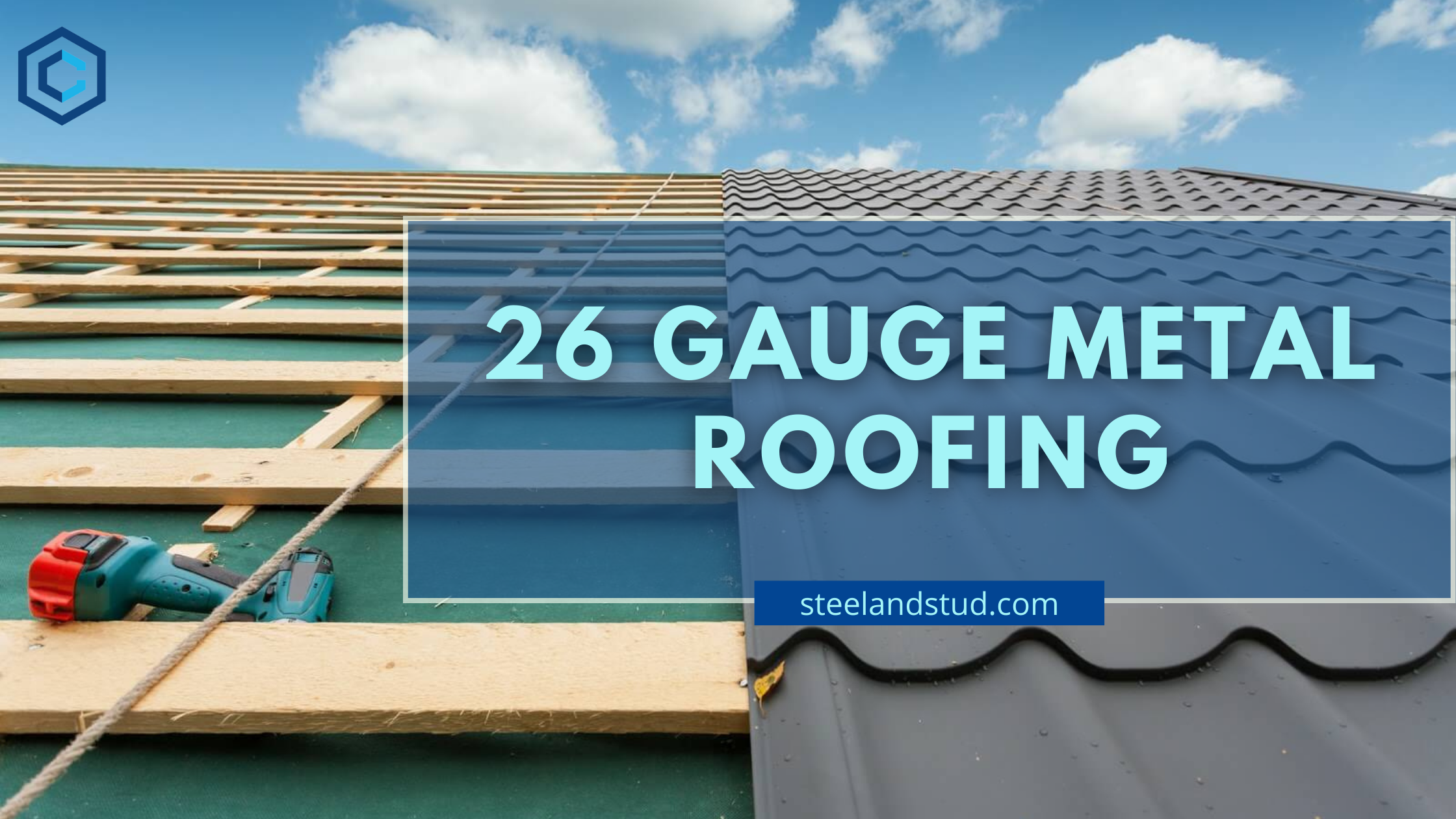 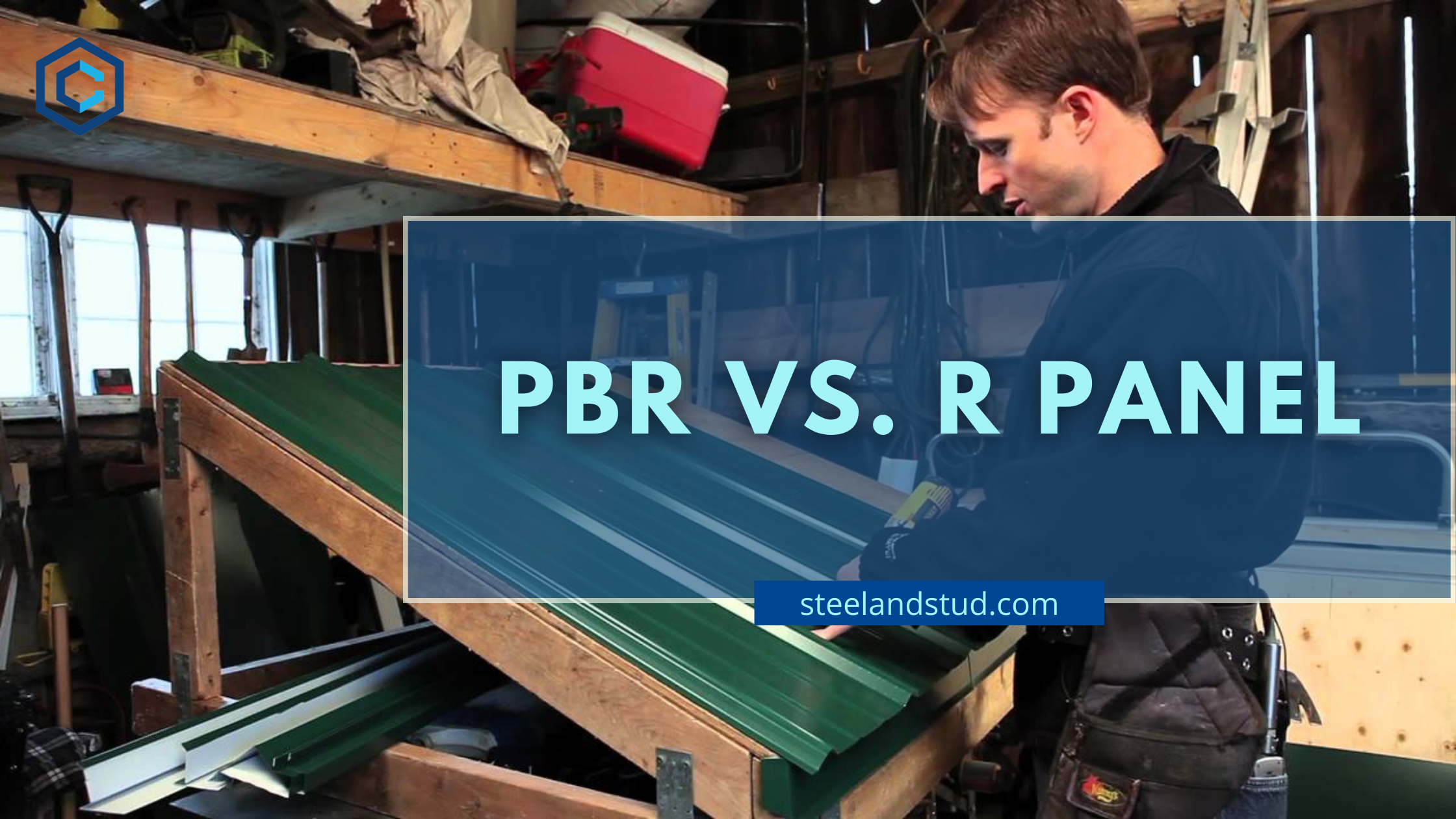 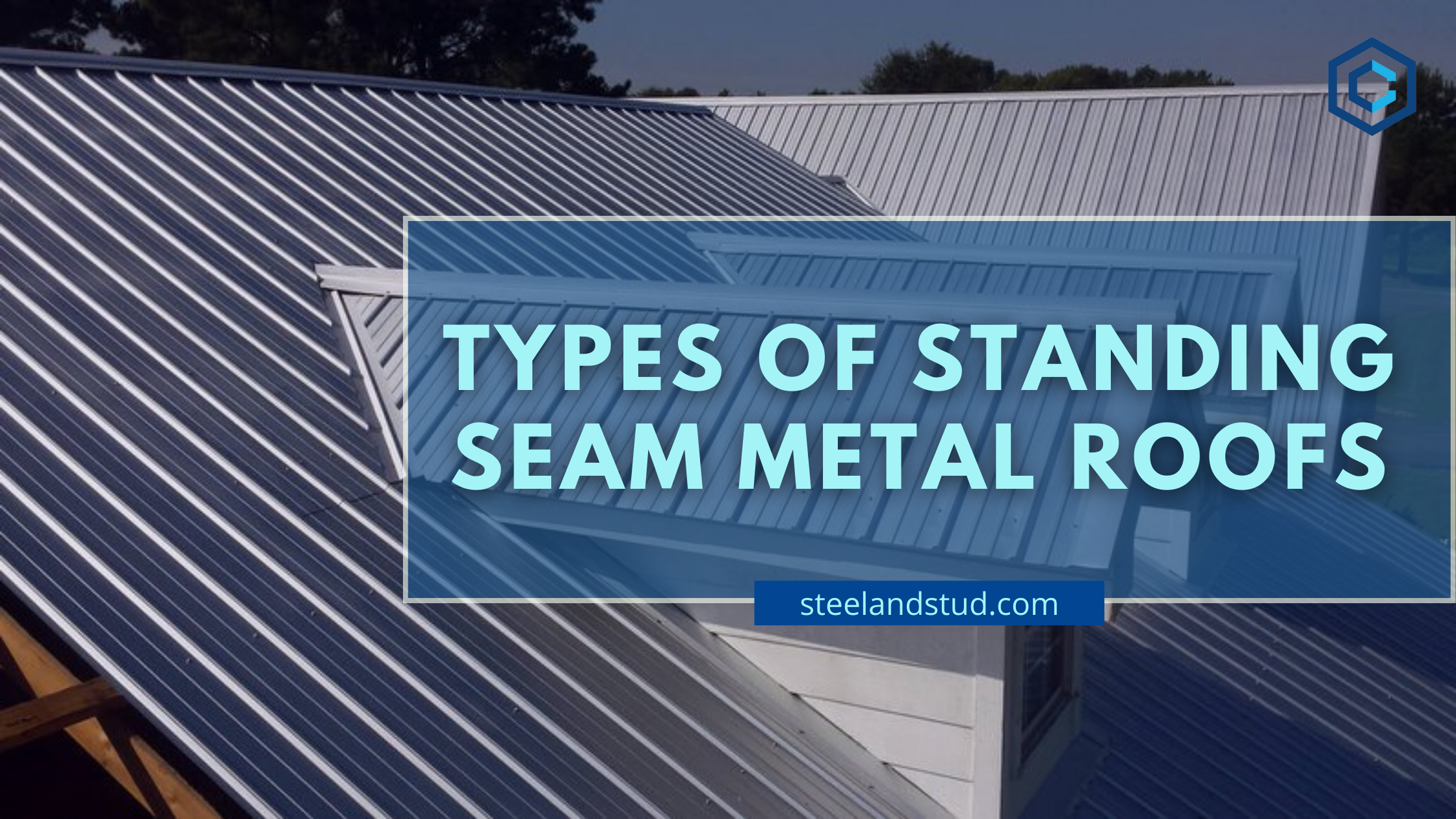 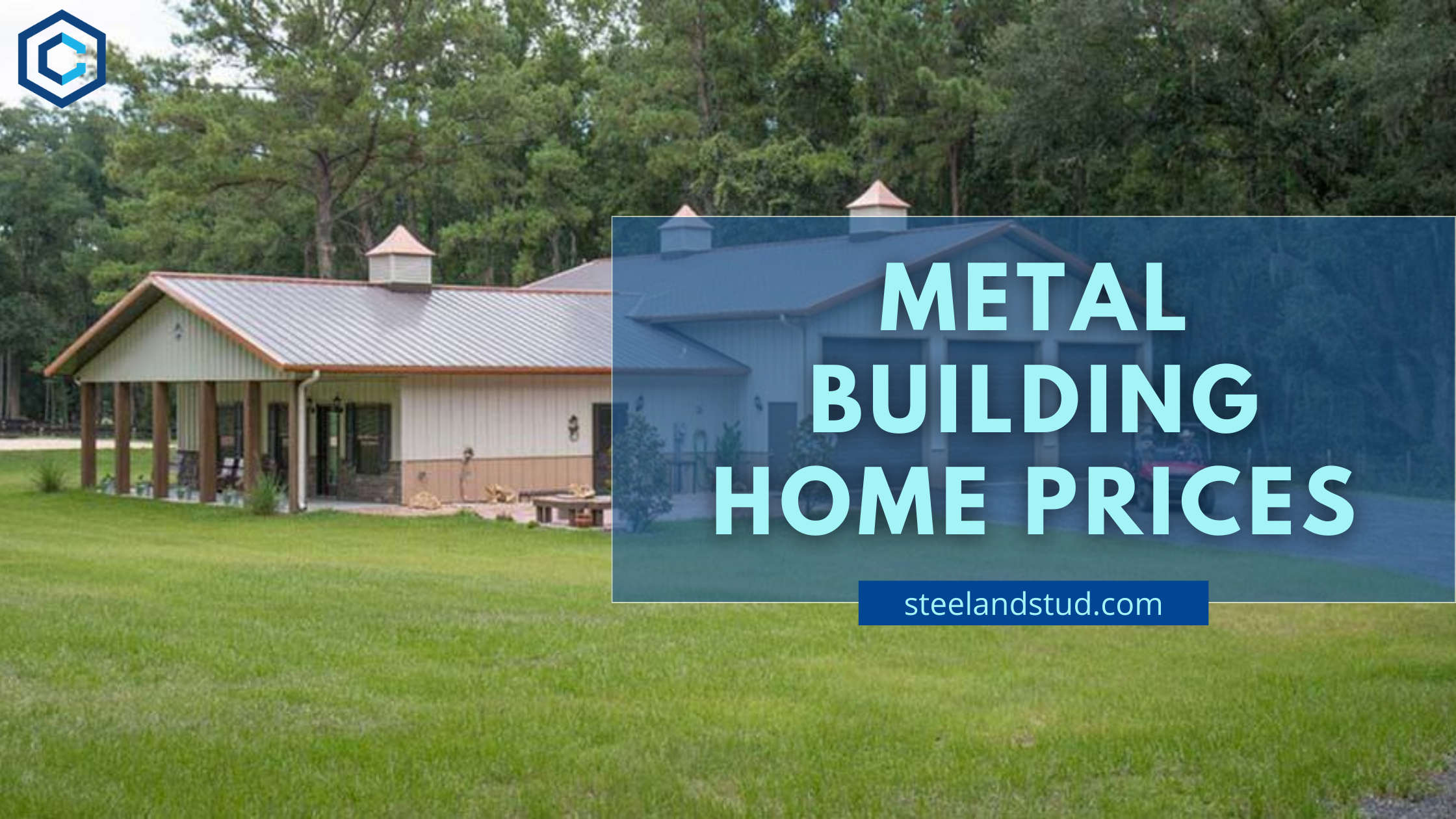 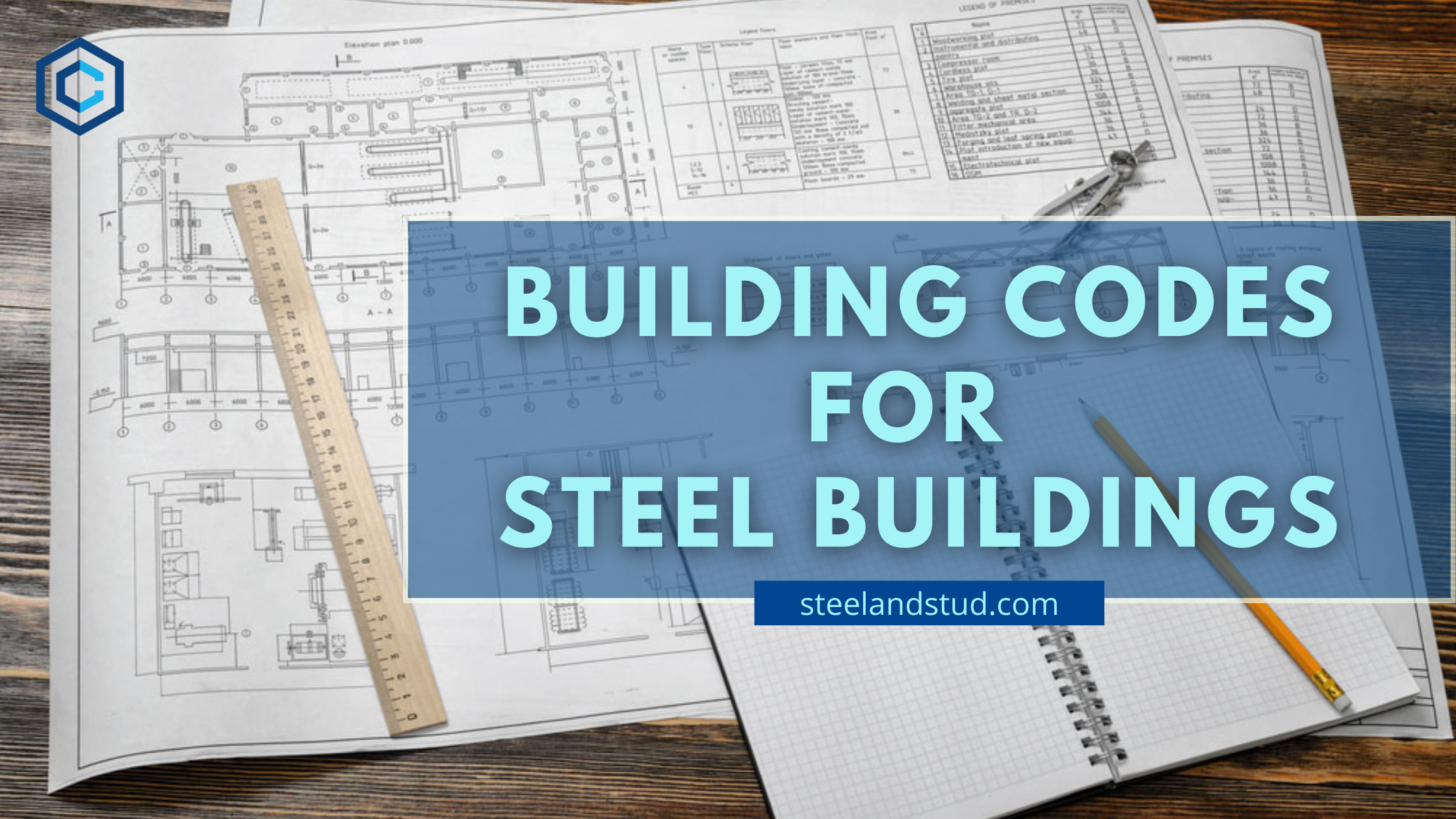 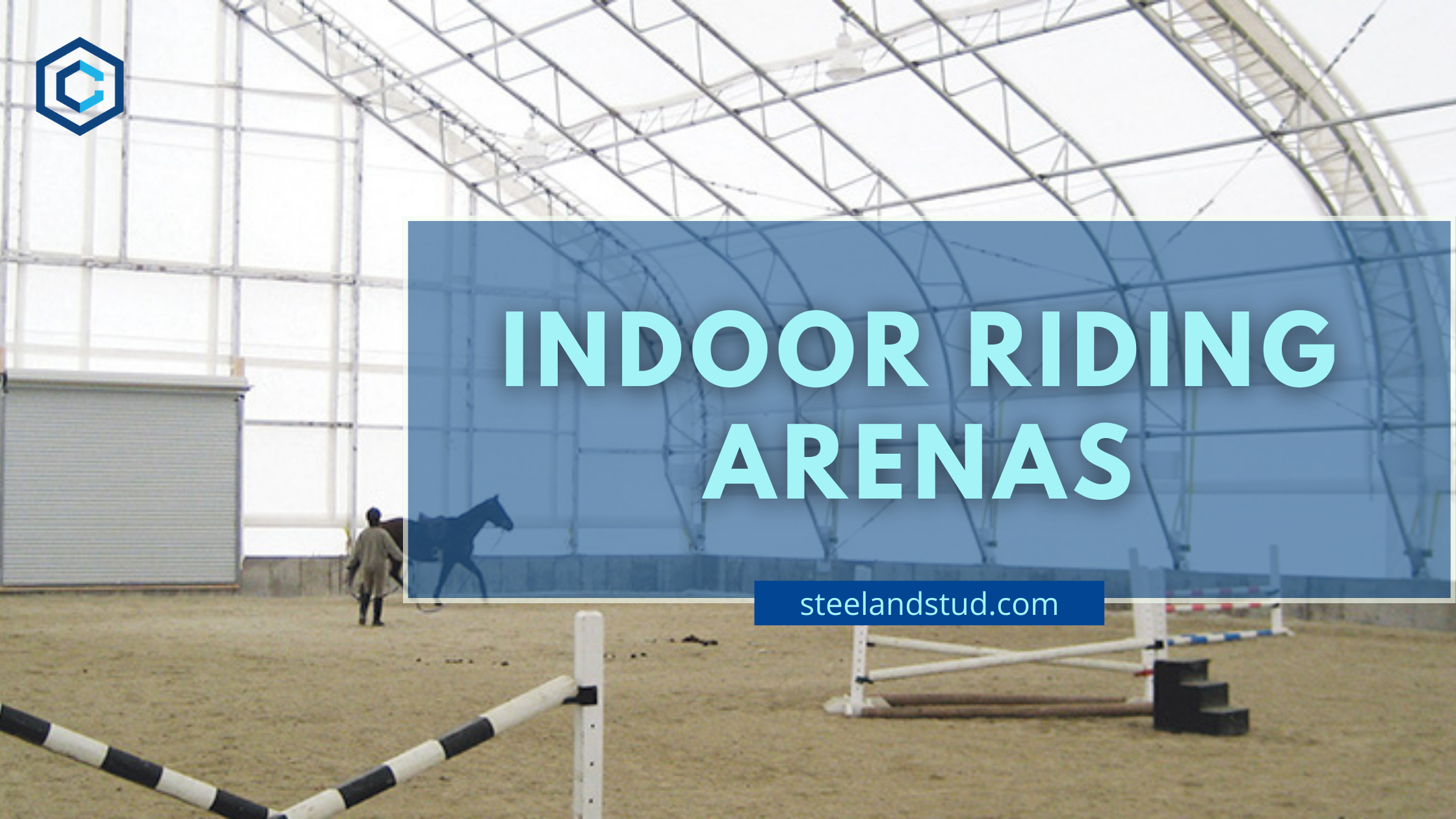 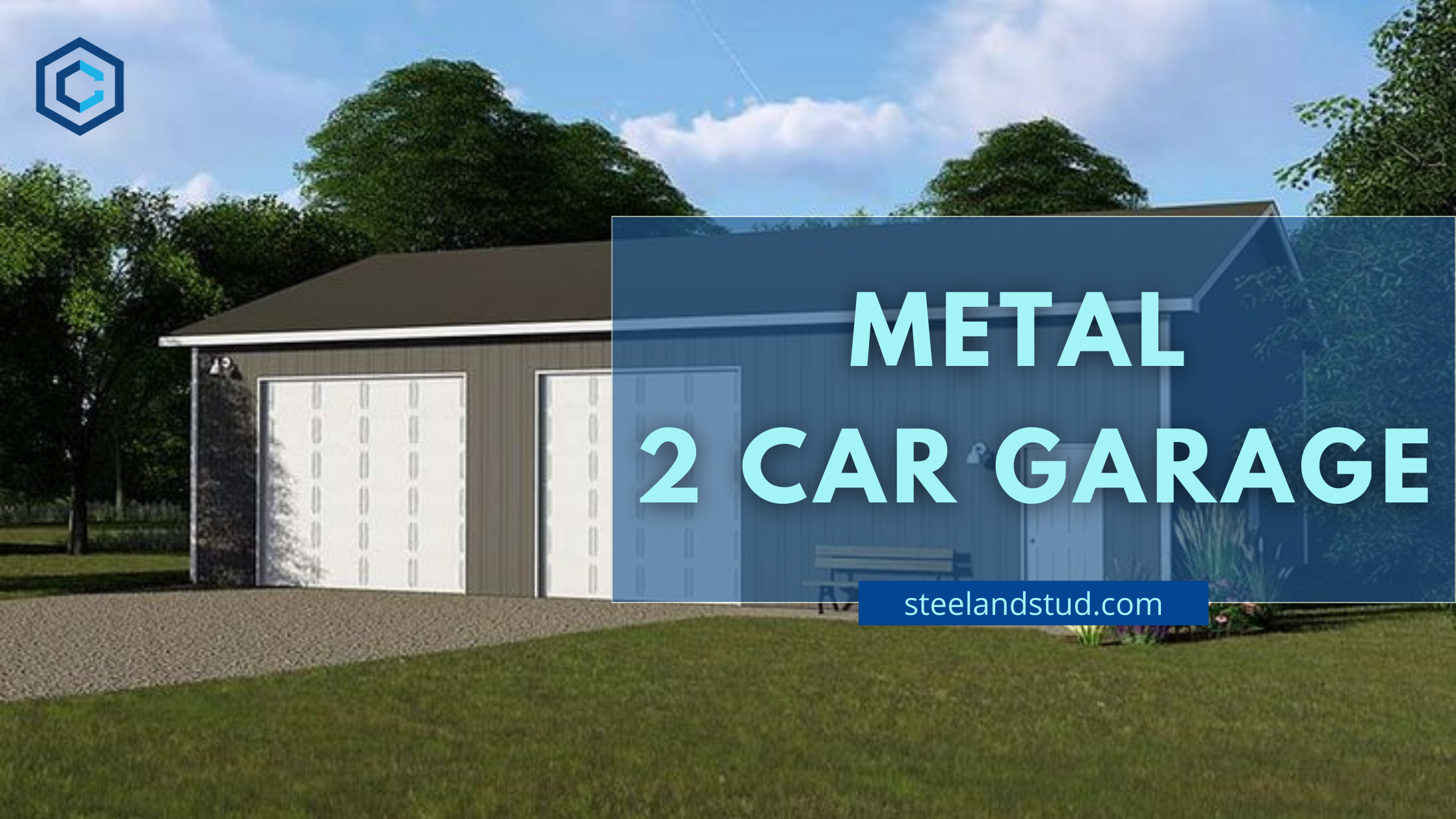 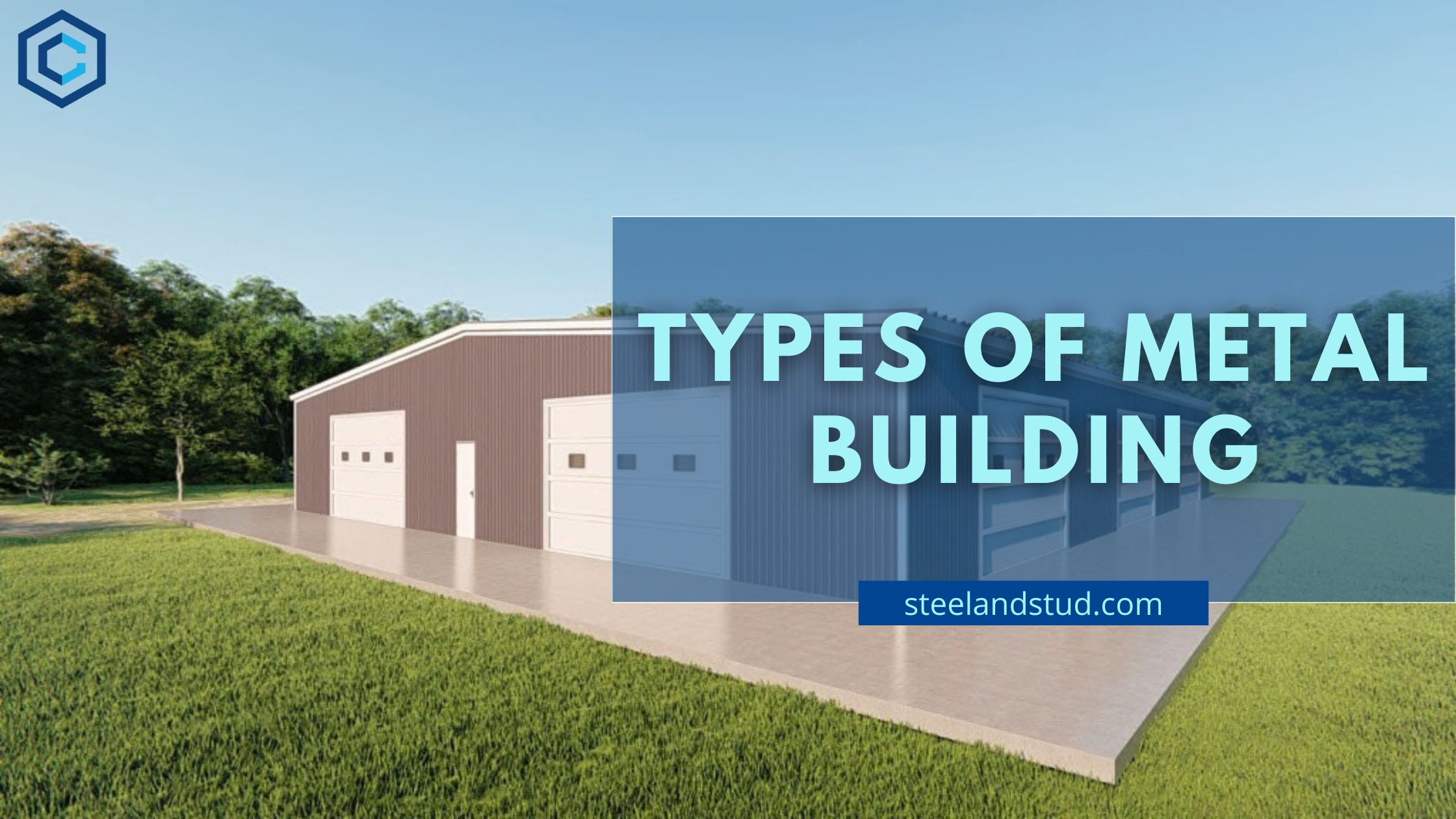 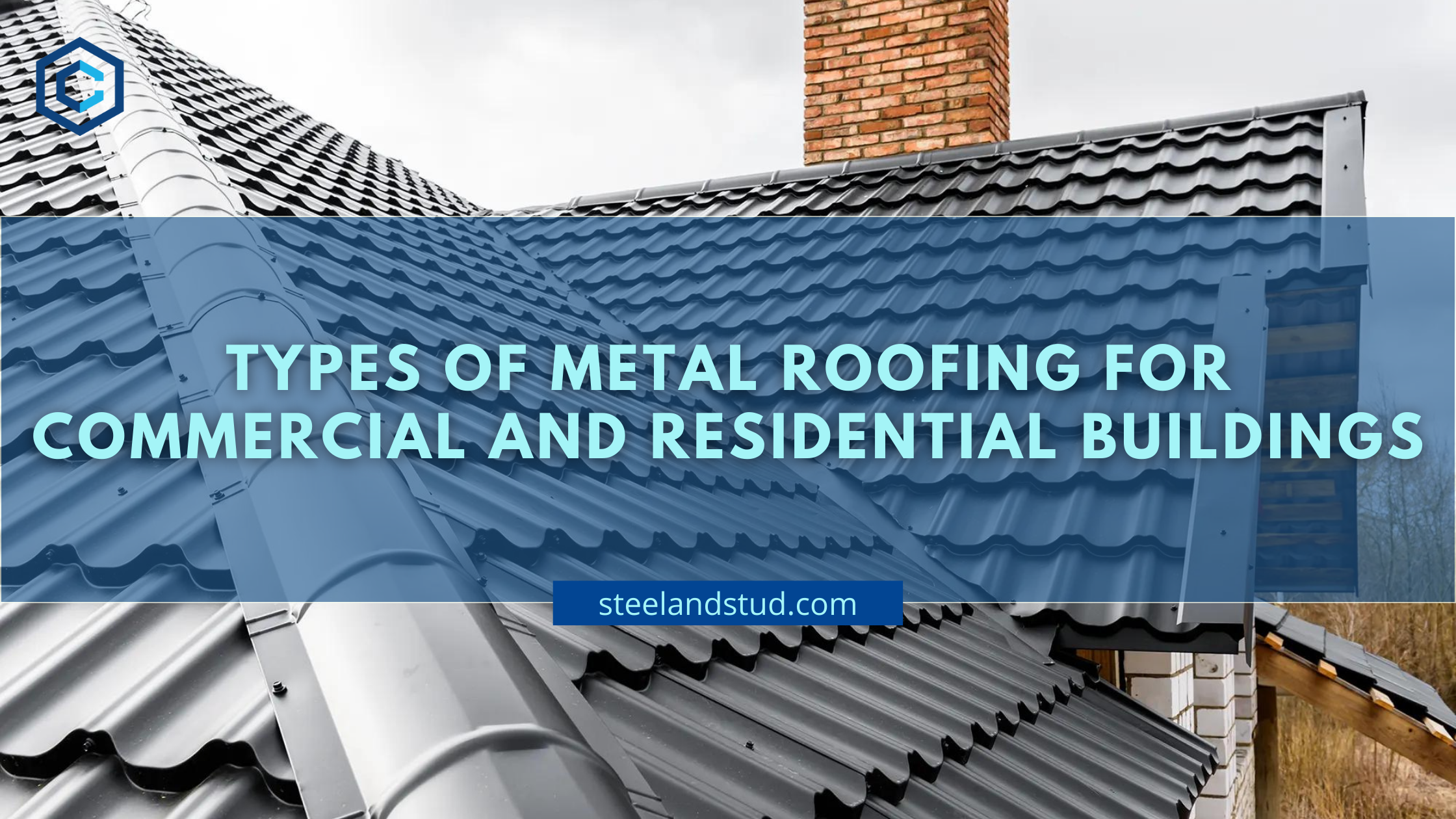 Different Types of Metal Roofing for Commercial and Residential Buildings 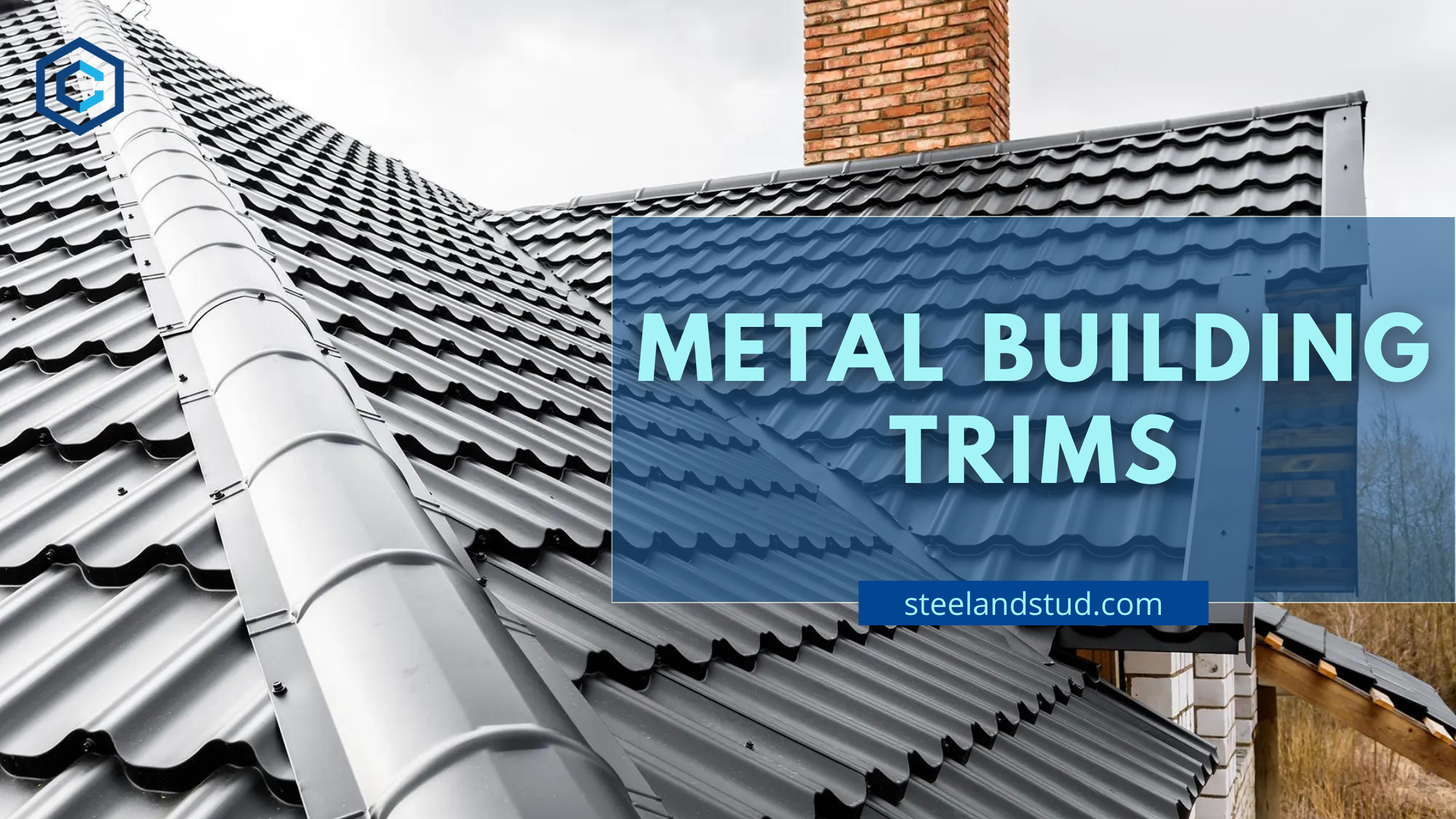 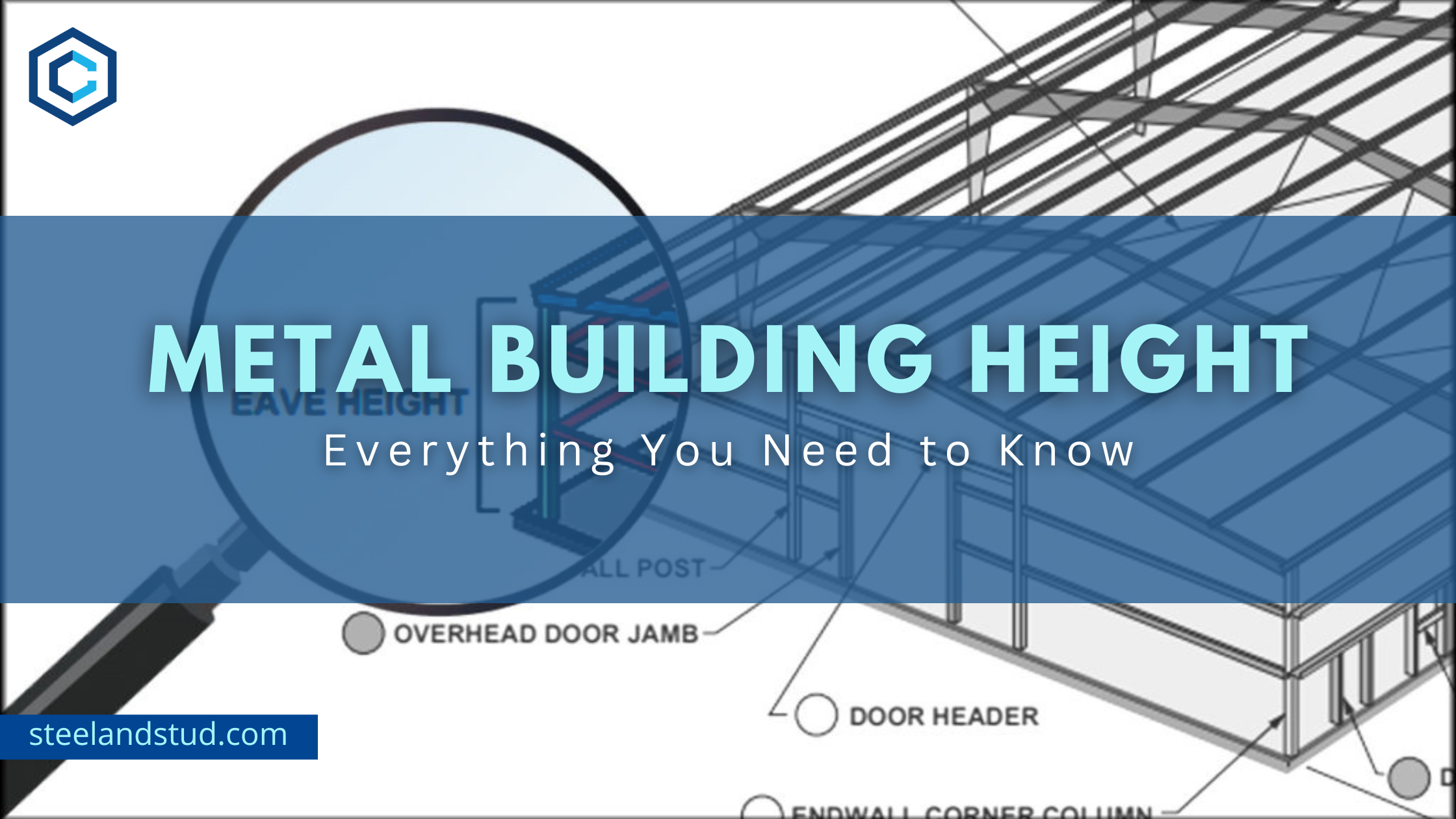 Metal Building Height: Everything You Need to Know 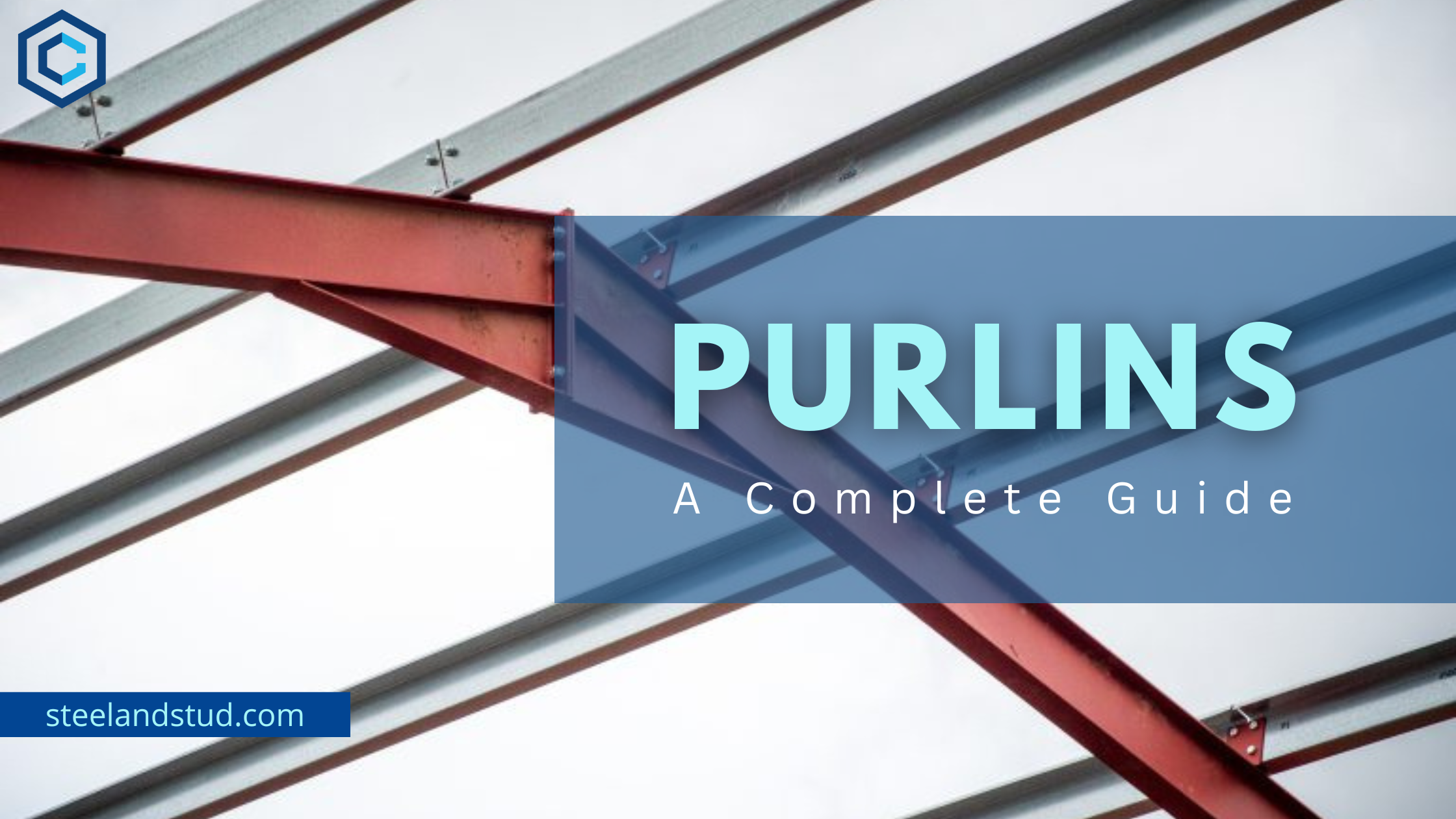 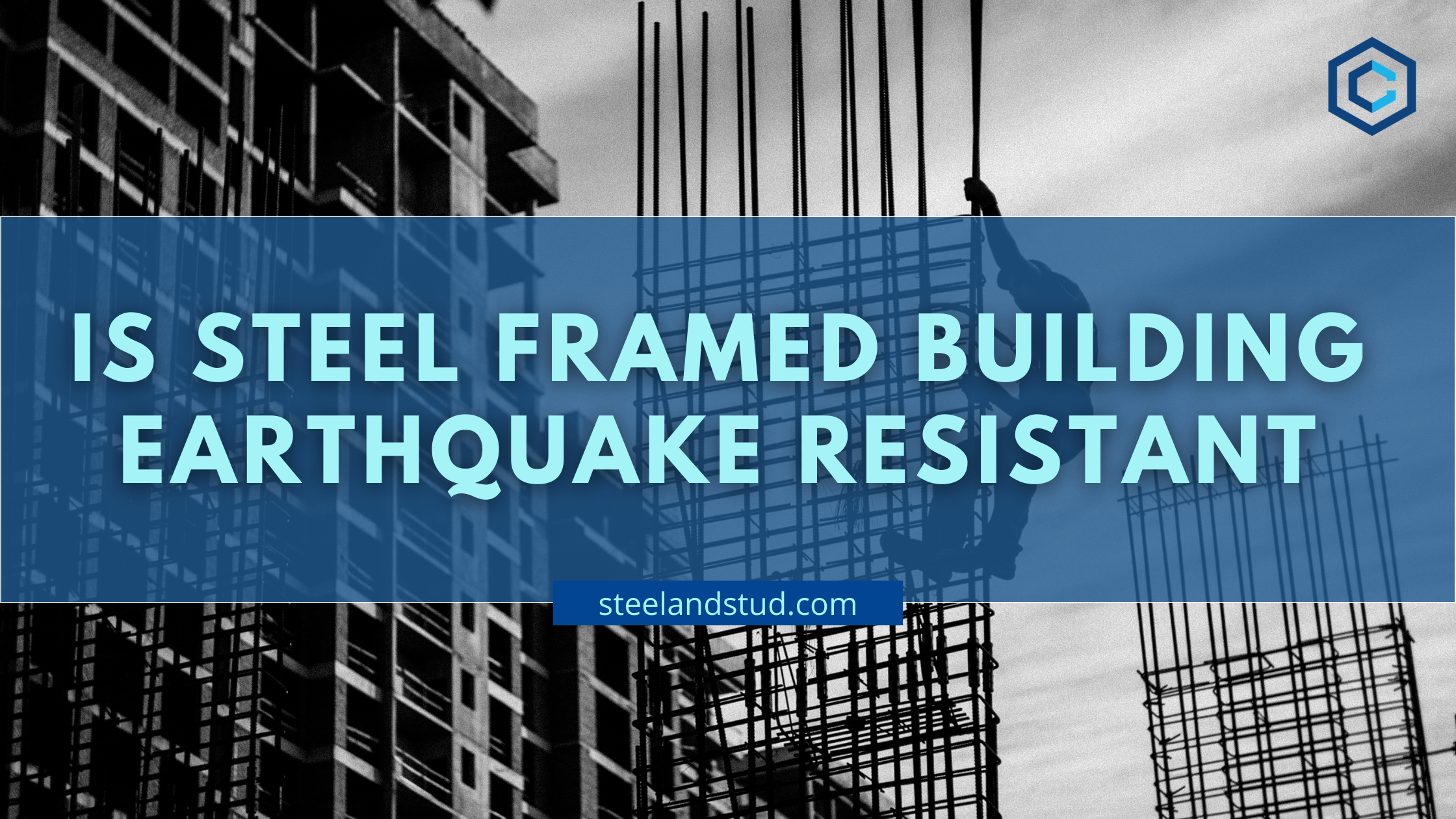 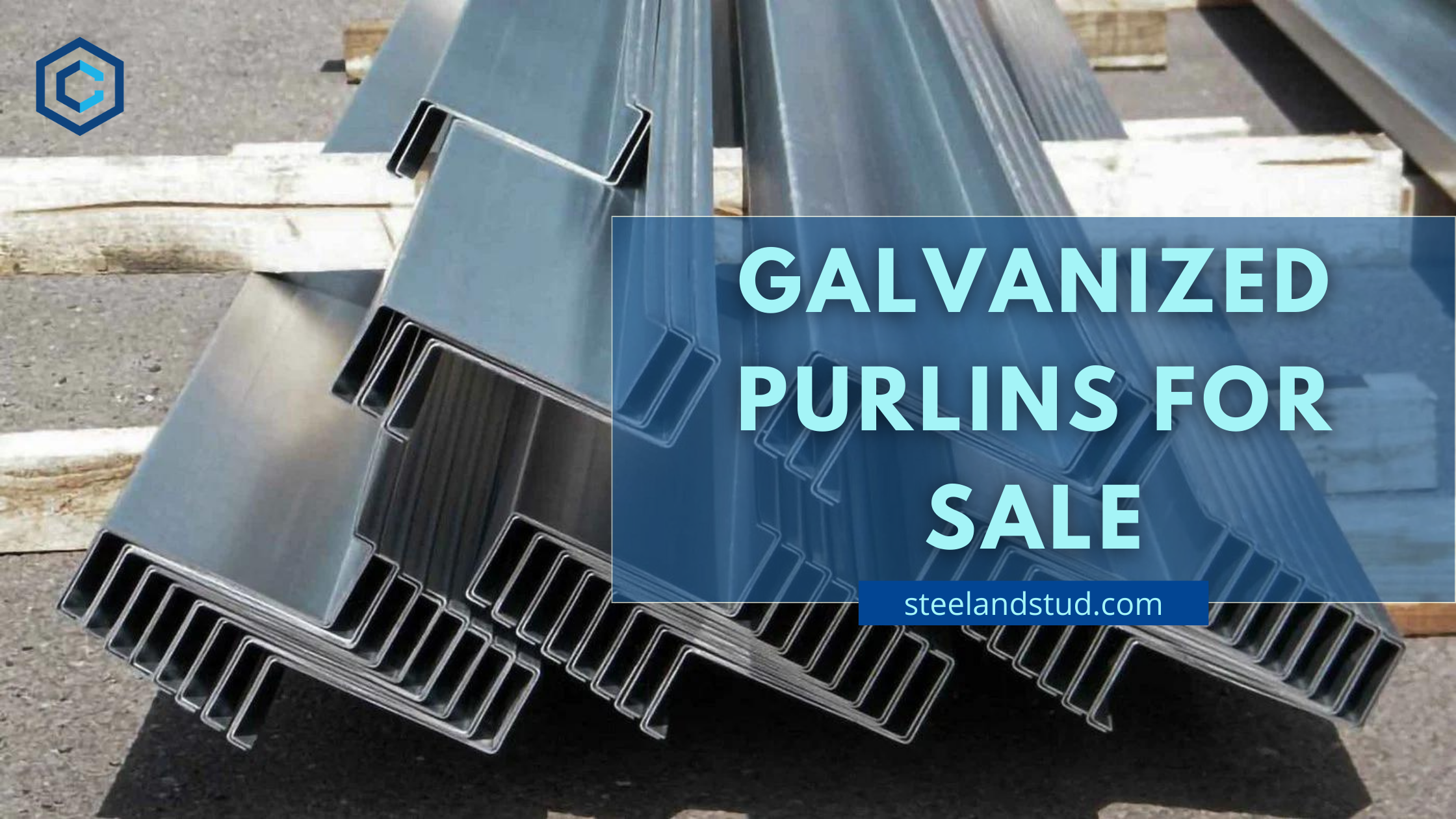